A refugee camp is a temporary settlement built to receive refugees. Hundreds of thousands of people may live in any one single camp. Usually they are built and run by a government, the United Nations, or international organizations, (such as the Red Cross) or NGOs.

After a wonderful edition full of fantastic music hosted in St. Augustine, Florida, USA and a nervebreaking scoreboard we can say that the United Kingdom (David) is the winner of the Music Global Challenge 46.
The British Extravagant singer Paloma Faith took revenge and with her song "Smoke & Mirrors" made it to the top reaching 136 points.  Paloma had been with us before in MGC 34, but she only reached the 11th position.
Just 3 points behind with 133 ended Japan (Onil), in second place with the duet Dreams Come True and their inspirational "Nando Demo". And in third place ended Canada (Anna V.) with the band Hedley getting 128 points, and their song "Perfect".
The Top five was completed by V for Volume from Colombia (Engel) and their song "Someone will pay" ending in 4th place with 119 points. And then in 5th we have Nicaragua (Leo) getting 112 points, represented by the singer/composer Perrozompopo and his song "Toma". Nicaragua was the Semifinal Winner with 146 points.
This is David and UK's FOURTH VICTORY. Now they got 5 medals in total. United Kingdom is back in top 3 after 3 editions, when Diana Vickers won MGC 43.
Onil and Japan got a second medal in a row, this is the First Silver for Onil, now he completes the collections getting 1 of each for a total of 3. Japan aldo has 3 medals now, though this is their second silver... looking for gold?. Japan is back in top 3 after 1 edition when Shiina Ringo got a bronze in MGC 45.
Canada got its 4th medal and Anna V. her 5th, however this is the First Bronze for both of them. Canada is back in top 3 after 13 editions, when Garou won MGC 33.
INTERESTING FACTS
This is the FIRST time that 4 Direct Finalists are in top 4. Also 6 Direct Finalists got a top 10 position, this NEVER happened before. This prooves that qualifying from a semifinal doesn't give you an advance.
United Kingdom got points from more voters, 22 out of 29 possible.
Colombia and Sweden got 4 times 12, more than any other in this edition.
Nicaragua, the semifinal winner, only managed to get the 5th spot. This is the lowest final result for a semifinal winner. Though it got more points and voters in the semifinal than what UK got in the final.
David won MGC for the 4th time in 12 editions. Nobody has won that many times is such a short period of time.
It's the third time that the host didn't manage to vote in a Final, USA this time. Bosnia & Herzegovina in MGC 23 and Monaco in MGC 38 were the previous ones.
Tight results, a couple of non voters... would have their votes change something? We will never know... again.
In spite Denmark only got the 7th place, this is the third top 10 position in a row for them, achieving a personal record.
Ireland, second place in the semifinal with 144 points, only managed to get the 19th spot in the final with 45 points... seems like Keith Harkin did something wrong... everyone loved him and now everyone hates him. This is of course the biggest drop down not only in this edition but in MGC history.
There will be HUGE changes in the medal table. Go check it!
Congratulations Guys! Congratulations David! Congratulations United Kingdom!!!
See you next time in Belfast!!! 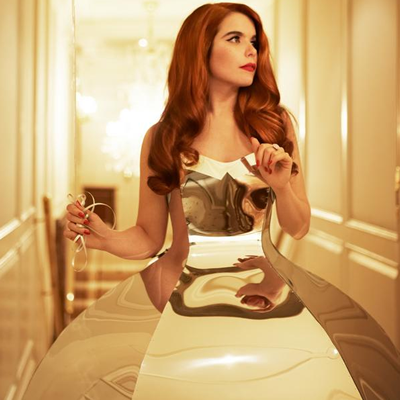